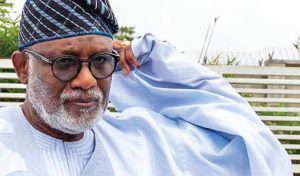 Following its clinching of a second term mandate, the administration of Ondo State governor, Arakunrin Oluwarotimi Akeredolu, embarked on a number of moves, as if to show gratitude to the people of the state for bestowing so much trust in his administration.

Besides embarking on a mission to renew the allure in the state’s cities, towns and communities, it has undertaken massive upgrades of road infrastructure, over 511 dilapidated primary schools buildings renovation and it also recorded massive improvement in providing potable water, electricity to various communities across the state that have suffered a lack of amenities.

The unprecedented infrastructural development in the state include the construction of 5.25km Ile-Oluji township road. There were also massive road constructions at Oke-Ogba, Gaga in Akure and in Ikare and other areas.

The Igbara Oke-Ibuji road is an important route which connects with Osun and Ekiti states. The Akure-Idanre road project is also nearing completion.

Besides, in Oke Aro, Akure, Ondo State also flagged off the reconstruction of a bridge in the community.

As part of measures to boost grassroots development, the government also commenced grading of streets roads in Ese-Odo communities across the council area.

The road project will allow unhindered access to the communities, it will also allow the people to have access to their farms and houses.”

Also, the waterways were cleared of dirt, debris and hyacinths so as to encourage fishing activities and to promote efficient water transportation in riverine area.

It will also help to reduce accident, provide efficient water transportation and enhance the fishing activities.

The contract for the construction of the 51 kilometers Araromi-Seaside-Lekki-Lagos road which has the potential of turning around the economic fortunes of Ondo State had been awarded.

The project will link Ondo to Lagos, adding serious advantages to the economy of Ilaje and the state generally.

The state took advantage of the proximity to Lagos where it can share just about 30 kilometers from Araromi to Lekki.

That means somebody coming from Onitsha or Benin City needs not go through the long journey again but divert into Igbokoda and, in less than one-and-a half hours, be in Lagos.

The Ogbese Water Scheme has the capacity to provide 100,000 litres of potable water with 160 fetching points for the people of Ayede Ogbese.

The consequences of lack of access to water and sanitation include economic losses, high prevalence of water-related diseases, reduced school enrolment and attendance, loss of dignity, increased risks of insecurity and violence against women and children.

Recent statistics from the WASH-NORM (National Outcome Routine Mapping) survey indicated that about 67.9 percent of our population have access to improved water supply from all sources while 41.5 percent have access to basic sanitation facilities.

Over 3,000 communities across the eighteen local government areas of Ondo State benefitted from the water scheme.

In the education sector, the government seems to have mastered all about academic improvement and one of the ways it achieved this is through renovation of schools, putting students into well-designed buildings stocked with computers and other appurtenances of technology.

Past administrations have walked the same path, but the Akeredolu-led government is taking new strides in the direction, re-writing the trajectory of public institutions once rejected many.

In 2018, the administration renovated over 511 schools under SUBEB.

Before starting schools’ renovation, the governor had taken a good look at the existing infrastructure of the sector and had not liked what he saw on the ground.

Another major sector the government has recorded great feat is the industrialisation of the state with the proposed Port of Ondo which would serve as a West African Port, and would change the landscape of the state when completed.

The Port of Ondo is the only valuable deep seaport Nigeria could have as one of the states with the deepest coastlines.

The government has also embarked on Gas Plant to tackle epileptic power supply and ensure the industrial hubs do not suffer power supply.

“Our dream for this port in Ondo State is to serve as a conduit for our goods, agricultural produce and bitumen.

The proposed Port, when completed, would have multiplier effects of higher indirect job opportunities and complement the state’s Free Trade Zone, thereby facilitating global transit of goods and equipment in and out of the state.

The Port would attract Free Trade Zone, Shipping of port activities, enhancement of community roads and provision of sufficient traffic and businesses to justify the Port development.

Good days of economic prosperity are already beckoning on the state as the age-long dream of prospecting the world’s largest deposit of Bitumen has begun. Several mining and processing equipments have been moved to the site.

The under-utilized mineral resource in the state would be explored, exploited and exported for foreign exchange which would also boost the economy of the state.

This is why the state government has reiterated its commitment to ensure that the much awaited bitumen development in the state come to fruition without rancour between the host communities and investors.

While assuring the royal fathers and the community leaders in the host area that their views would be adequately captured and implemented to the best level of practice as the process moves forward, he said there are immense benefits the development of bitumen will bring to the host communities ranging from direct and indirect employment to physical development.

On February 20, 2018 when Governor Oluwarotimi Akeredolu, flagged-off the construction of some muti-billion naira projects in the Southern Senatorial District of the state. The flag-off of the construction of the projects was part of the Governor Akeredolu-led government’s commitment to the rapid transformation of the Sunshine State from an agrarian to an industrial hub.

As a thoughtful leader with the ability to balance and prioritise multiple agenda, Akeredolu stood before thousands of the people of Ore, including travellers and traders, in Odigbo local government area, to dismiss the people’s worry over the possibility of executing the multi-billion naira projects. The fear stemmed from the fact that this period was the time the state was passing through financial straits.

The Interchange (Fly-Over) consists of a 15m, 30m and 15m spans of pre-stressed concrete, covering a length of 60m, 13m carriage width with 1.5m walkway on both sides.

Embedded also in this bridge are numerous piles of 800mm diameter to a depth of no less than 10m ( in the case of the piers and abutments).

The interchange (partial cloverleaf ) which has 167m and 182m length on either sides, carriage width of 8m with 1.5m walkway on both sides and a fill embankment average height of 4m with the needful slope and its protection. The approach road to the bridge is a length of 1km, with 13m carriage width and 1.5m walkway on both sides. This is also inclusive of 12m of fill embankment with the appropriate slope and its protection

Also, the Akeredolu administration has flagged off the construction of the over N15bn Industrial Park in Ore and the factory which converts cassava to ethanol, truck assembly plant, textile industry, among others, are success stories.

Akeredolu’s administration has also signed a Memorandum of Understanding with HESSMAC Nigeria Limited for the development, operation and management of the Industrial Park, which covers a land area of 1000 hectares, will generate 15,000 direct employment and other auxiliary services from 400 industries that are expected to spring up in the place.

Once, while speaking, Akeredolu said the “industrial park of this magnitude is typically accompanied by a number of technical and infrastructural facilities such as hotels and guest houses, textiles and apparels, telecommunications, furniture, garment, building materials, plastic products, gas pipeline and distribution among others,” adding that the projects would be completed within 24 months.

The Ore Interchange now forms a good artery through which the economy of Ondo State pulses. Ore, being like a gateway city to Ondo State, has yearned for infrastructural development for ages. But the coming of the Interchange and the Industrial Hub will, no doubt, inject life into the economic activities of the ancient city and the state in general.

There is a reason Rotimi Akeredolu beat all comers to clinch a second term. The polity knows much better now. 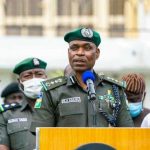 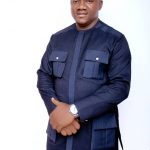